Posted by wefilipinosinc on September 17, 2020 0 Comments

Windmills of corruption and racing to the bottom

Compared with the COVID-19 infection and mortality totals per million of other emerging and advanced economies, the Philippine record is not the worst.

As of Sept. 16, the world’s total infections stood at 29.7 million, 21.5 million recoveries and nearly one million deaths. The US remains on top with 6.9 million. This is more than 23% of the world’s total. With a population of more than 331 million, the US infection cases per million was 20,483 with 604 deaths per million. India and Brazil come second and third with total cases reaching 5.0 and 4.4 million, respectively. Per million of their populations, these two big emerging markets recorded 3,631 and 20,596 infections while mortalities were 59 and 626, respectively.

The Philippines was 21st , reporting 269,407 total cases with 4,663 deaths. These translate into 2,452 per million and 42 per million, respectively, of our 109.9 million population. Except against Singapore’s higher infection ratio given its small population of 5.9 million, we were hit hardest among the ASEAN-5.

This is despite ours having one of the strictest and longest community quarantines. Quoting the World Bank, Presidential Spokesperson Harry Roque said that “had we not imposed the lockdown when we did, 100,000 people could have been killed.” He also cited a Social Weather Station (SWS) survey showing that “84% of Filipinos believed the strict stay-at-home orders were worth it.” But some dots should be connected.

The strictness of Philippine lockdowns would not have been necessary had we immediately restricted international travels when the pandemic hit. Our health infrastructure was weak from the beginning because we failed to invest. The lockdowns need not have been so severe had we engaged in more effective testing, tracing, isolating and treating infected persons. The economy would not be dragged so much if we had a firm and specific plan and execution as well as clearer public communication.

As a result, while a lockdown was absolutely necessary when the pandemic began in March, the economy and business absorbed the collateral damage of prolonged inability to manage the pandemic. There was hardly a space even for some arbitrage between protecting people’s lives and keeping the economy moving.

In an interesting article by Joe Hasell in Our World in Data entitled, “Which countries have protected both health and the economy in the pandemic?” it was clear that health considerations should have been prioritized to ensure the viability of economies.

Worldometer data on infection, mortality and recovery, both in absolute and per million of population data confirm that countries with more modest declines in economic performance kept their populations relatively safe from the pandemic. Our World in Data explicitly establishes a broad correlation between health and economic management.

What is surprising in these two charts is that some countries with a higher number of total cases per million than that of the Philippines — like Singapore and Germany — suffered less severe recessions. Both countries imposed shorter and less severe measures while strengthening testing, tracing, and treating.

Indonesia, which previously topped the Asian incidence of COVID-19 stabilized the viral surge and kept its recession at a single digit. Both Taiwan and South Korea were on top of pandemic management while keeping economic contraction at 0.6% and 3%, respectively, for the second quarter of 2020.

Polar cases are Vietnam and Peru. Vietnam sustained total infections of 1,063 and 35 deaths. Per million of its population of 97.5 million, total infection was only 11 and deaths, 0.4. Peru’s population is 33.1 million but its number of cases totaled 738,020 and deaths, 30,927 or 22,319 per million and 935 per million, respectively. While Vietnam warded off global recession by actually growing by 0.36% in the second quarter of 2020, Peru was devastated by the deepest recession of 30.2%.

We are therefore alarmed by the President’s recent pronouncement that without the vaccine, the nationwide state of calamity might be extended beyond Sept. 16, the sixth month of the emergency period under Proclamation No. 929. This was confirmed by Roque after the IATF meeting in Malacañang last Monday. The narrative of the global and national statistics on pandemic management and economic performance more than proves that prolonged but inept lockdowns produce neither safety nor growth.

We cannot figure out this strategy, or lack of it. At first, we were made to understand that we should adapt to the new normal and learn to dance with the virus. We were encouraged to simply adhere to health protocols to avoid spreading the virus while continuing with business activities and working out economic revival. After six months of lockdown, we must all know the safety playbook. Should we continue to do the same and expect a different result? Please, don’t ever forget that quote attributed to Einstein about insanity.

How do we move forward when new developments are making pandemic management an even bigger challenge?

First, some IATF members propose to reduce physical distancing from one meter to 0.75 meter in public transport. Other members including Department of Interior and Local Government Secretary Eduardo Año and Health Secretary Francisco Duque pointed out that this could lead to around 700 new COVID-19 cases daily. Without science or evidence that the virus could no longer propagate itself within a distance of less than one meter, it is surprising that this experiment in life and safety is being advanced at all. The prescribed distance is a global standard.

The UP OCTA Research Group experts oppose the idea as a public health policy. COVID-19 can be addressed by wearing masks which reduces infection risk by 85%; wearing face shields by 78%; and physical distancing by 80%. Without the usual physical distancing, neither face masks nor face shields would provide protection when passengers are packed like sardines.

UP warns of a “super spread” where just one passenger could infect many like what happened in China when 24 out of 68 bus passengers were infected by just one person. 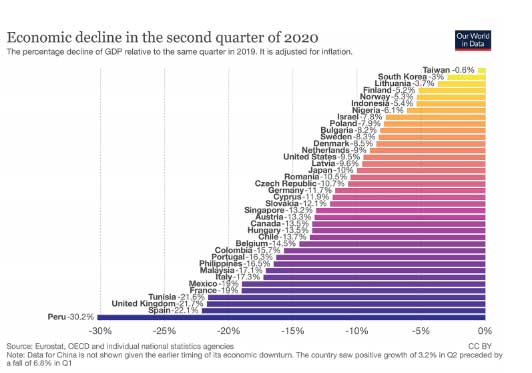 On the other hand, there is a more sensible approach. An expert panel of doctors with backgrounds in public health, epidemiology, and infectious diseases supports easing of physical distancing rules in public transport as contained in their “Seven Commandments.” This is expected to increase public transport capacity and provide some space for reviving the Philippine economy.

Two former health secretaries, namely Dr. Manuel Dayrit and Dr. Esperanza Cabral, are among the signatories. They are also involved in public and private collaborations advising the Government on various pandemic interventions. They recommend the strict implementation of the following:

The observance of all seven measures would prevent super spread, even as physical distancing in public transportation is reduced. Dr. Dayrit clarified that the one-meter standard is norm, but not dogma. Countries should define their standards based on their own specific contexts with incremental perspective. Discipline among the people is also very critical.

Second, Secretary Año announced their plan to prohibit home quarantine. COVID-19 patients would be required to stay in government-approved quarantine facilities. This proposition is being considered despite the Health Department’s championing of home quarantine especially for mild cases.  With this, mortalities could actually surge and the virus could be transmitted right in the isolation facilities. This requirement would also discourage persons from reporting their condition for fear of being forced to move into quarantine facilities. If this idea is implemented, super spread will not be far behind.

What we are seeing is another illustration of weak, if not confused, governance. It is just like what Citigroup’s former chief economist Willem Buiter described modern macro and monetary economics as a “potpourri of factoids, … hunches, intuitions and half-developed insights.”

This is not how to build confidence in public policy, much less public health policy which involves life. This is not how to get the economy to bounce back from a deep recession and leave painful economic scars behind.

As proof, in a recent Social Weather Station (SWS) survey, more than half of Filipinos fear the worst phase of the virus crisis is yet to come. This is survey-generated, conducted from July 3-6 with 1,555 adult respondents. Those who responded with “worst is yet to come” rose in number from those polled in May. The number of optimists answering “worst is behind us” shrank from the May survey.

Another survey, this time by PwC Philippines, covered heads of companies across various industries. The finding shows that the Philippine economy is expected to sustain its decline until the end of 2020. Majority of executives polled expressed pessimism over business growth in the next 12 months. This pessimism derives from the increasing infections reported by the Department of Health. The respondents anticipate a deeper recession for 2020 and one to three-year economic recovery.

Our health and economic recovery will therefore be far from linear. It is not going to be a nice V because its determinants are people and the dynamics of their behavior. People make mistakes. That would count even as those making the mistakes should not be counted.

Windmills of corruption and racing to the bottom