Posted by wefilipinosinc on March 5, 2020 0 Comments

The European Union is on the brink of historic change

Actually, the title should have been “growing old sucks ass.” But I flaked out. A sign perhaps that I am not hopelessly old yet, as apparently bits of filter still linger in my head. But, like Ricky Gervais, sometimes I just don’t care anymore.

The response from last week’s article (“Don’t believe them: getting old is horrible”) deserved an encore rant. Growing old certainly does. So here goes.

You know you’re old because you’re constantly reminded of it. Even before you wake up in the morning. Nights are filled with constant marches to the bathroom. Or your spouse telling you to tone down your snoring. Me, I know for a fact I don’t snore. I once stayed up all night to see if I did and I didn’t.

Waking up. Unlike before, when you required 10 (or 20) punches of the snooze button, now you’re the alarm clock’s bitch: up at the first ring. Or, worse, even before! So you lie there, like an idiot, eyes wide open, asking why you’re alive.

But, must get out of bed!

That is, if you can get out of bed: bones creaking, joints knocking, muscles groaning. You’re now a flabby musical instrument. Getting up is so stressful you actually need rest after sleeping.

In younger days, all you needed to get out of the house was a wash, a shirt, and fingers through the hair. Now every technological, cosmetic, and medical breakthrough is needed just to make you seem human. Feeling human though is another matter.

Breakfast. Some of us are still in denial: eggs, rice, tapa or crispy pork, strong dark coffee. Many though have resignedly accepted the inevitable: bowls of oatmeal with a “demi-cafe” (i.e., half coffee and half warm water). Yummy. You’ve gone full circle. Baby food to steak to baby food.

Brad Pitt once retorted when asked if he was suicidal (in Ocean’s 11): “Only in the morning.” Actually, it’s easy to feel suicidal at this twilight age. It’s just that killing yourself takes energy. And energy is what I don’t have. Writing that alone makes me want to take a nap.

The bathroom is hell. You go to the mirror and think: “Not bad. Still looking good.” Then you put on your glasses and shriek: “Who the hell are you!?”

That’s probably why you lose your eyesight as you get older. It’s nature’s way of hiding from you the fact you look terrible.

The drugs: vitamins, maintenance meds, fiber supplements… ugh. Ever wonder why old people in commercials are so happy and full of vitality? It’s because they’re drugged out of their minds.

The outside world brings its own set of horrors. Bump into a friend and the conversation inexorably turns to medicine discounts. Otherwise, you’re cornered by flat-tummied youngsters pretending to ask for your advice regarding their bright future. 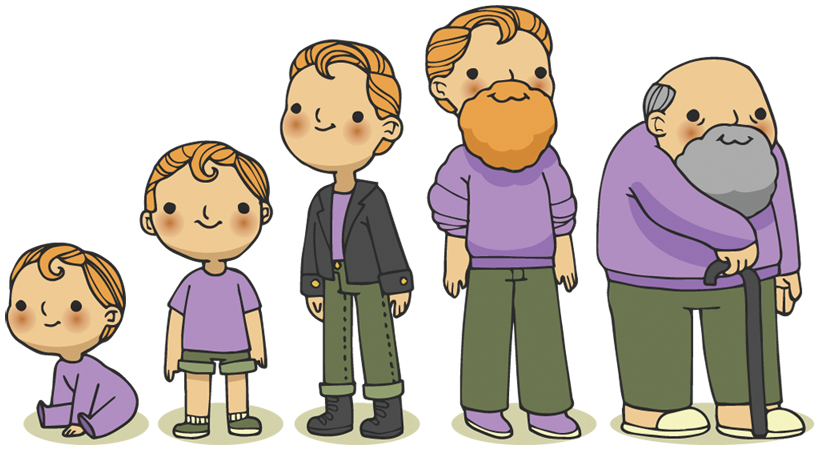 At 50, anything fun is considered bad.

Evil irony: unlike college, you now have the money to buy a motorcycle and the time to spin it around. But you’re not allowed to buy a motorcycle because a.) you’re old, b.) you’re irresponsibly possibly leaving behind a widow and know-it-all college kids homeless and hungry, and c.) because for everyone else, the only conceivable reason you want to have fun at 50 is you’re having a mid-life crisis.

You can’t even feel good and have a sense of humor without being humiliated. Tell jokes? Make witticisms? The kind that got you tagged before as charming? They’re now met with respectful (“respectful”!) half-hearted laughs, along with “katawa po, mam/ser (You are being funny, ma’am/sir).”

“Po.” That one syllable word telling you your life is over.

And for heavens sake, please stop yourself from speaking youthspeak. “Bae”? “Deins”? Forget it. There’s no way you can mouth those words without looking stupid. The young meant it that way. Leave them be. Just accept you are no longer cool. If you ever were cool.

And don’t even think of having flirtatious fun. Not that you should anyway if you’re married. But at least the unmarried older guys of generations past had the Mad Men and Rat Pack era. We have the #MeToo movement, specifically designed against old men. Young (richer) men are persistent, old men harass.

Out of revenge you try reciting your creed of younger days: the Trainspotting monologue. But of course your memory fails. So you google it. Naturally, by typing with the old tuldok (two-finger) method:

“Choose a job. Choose a career. Choose a family. Choose a fucking big television… Choose life… But why would I want to do a thing like that?”

Of course, you stupidly chose life. So what to do to combat regret? See that liquor store down the corner? You drink it!

That’s a line borrowed from Supernatural. Which adds to the depression as Sam and Dean are now obviously older too.

Anyway, cheer up. As someone once said: “it’s always darkest just before it goes totally black.”

Jemy Gatdula is a Senior Fellow of the Philippine Council for Foreign Relations and a Philippine Judicial Academy law lecturer for constitutional philosophy and jurisprudence.

The European Union is on the brink of historic change